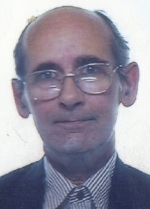 Born in Dublin Ireland in 1942, I was brought up in a small house on a large West Cabra estate by Alice Walker a hard-working widow with 7 other children and for my early years I was Vincent Walker. Alice was it seems born in the 1890s Alice Penney with her only Dublin relatives a nice Penney family that we often visited. She had been brought up Protestant in a chiefly-Catholic Dublin that was a part of Britain, and though she regretted the Republic of Ireland leaving Britain she was still happy to remain a Protestant Dubliner and somewhat looked down on all non-Dubliner Irish as naive less-educated ‘hillbillies’ or ‘rednecks’ and also somewhat looked down on all Catholics though her two eldest sons both took Catholic wives. She had a small widows pension that she added to with some work so that we were not desperately poor as some were then in Dublin and elsewhere at the time – we were maybe more like ‘respectable poor’. Our at times four or five to a bedroom later dropped to two or three as older sisters and brothers left home.I was maybe ‘baptised Catholic’ by a probably Protestant unmarried 16-year-old mother giving birth in a Catholic Dublin hospital many miles from her home, who some weeks after birth did her own tricky private illegal adoption arrangement when most young unmarried mothers had their babies taken from them at birth for ‘legal adoption’ or ‘disposal’. She registered my birth with her name as Kathleen Wilmot but was probably Catherine Teresa Wilmott or Wilmoth but her private adoption arrangement certainly involved some trickiness and and she may well have had some unusual help from maybe family, the widow or whoever. So I was brought up an ‘illegally adopted’ Protestant by this kind Dublin widow Alice Walker.

Around age 8, I got rheumatoid arthritis and did spend some months in a convalescent home run by Catholic nuns when I made some pretence of being Catholic – maybe just fooling the Catholic children but certainly not the nuns. Though it was run like the army and I was fearful of the nuns and greatly wanted to go home, some at least of those nuns were not bad people. And their unpleasant daily spoon of cod liver oil may even have been a bit medically helpful. Alice's three daughters while underaged all joined the British army to fight in World War 2 and 'manned' anti-aircraft guns in London's Hyde Park.

I attended a small Protestant church school All Saints, Grangegorman, Dublin with about 50 pupils covering the full age range from starting-school age to leaving-school age. The church was a High Church or neo-Catholic but sometimes allowed a child to do a Sunday bible reading from the pulpit, which I did once or twice. The school staff of 2 comprised a Head Mistress and her assistant, but they made time to give me extra teaching to do a scholarship for one of Ireland’s best private schools – and aged 10 they helped me become the first pupil of that school to win that prestegious scholarship. Unfortunately I could not take it up as one of Alice Walker’s close friends reported her to the Catholic church so that religious and government harassment then forced my family to emigrate to Leicester England. (It seems her friend had become jealous of some of Alice’s children ‘doing too well’ and around that time I was given a big expensive Hornby train set for Christmas by one of my sisters who had by some luck managed to marry well. And I was doing well in school)

In England we had some reduction in our religious concerns and Alice continued her Irish life in England, though later generations of the family adapted more to Britain as many other Irish did to Britain or to the Americas or the Australias. When in Leicester I entered the nearest school which was the rather poor Dale Secondary, but 1 year later won a place in Moat Intermediate school and from there to Gateway Grammar school where the Headmaster insisted I must do Physics at Imperial College London and I would be a great physicist.Though offered a Physics place at Imperial, not requiring A-level maths but requiring A-level Biology which required good drawing that I am still no good at. I was actually taught some higher maths at the time though I did not sit the exam. So having problems getting onto a physics degree, the first degree I took was a University of London BSc in Biology with Chemistry – and I dropped that after 2 years. I did a lot of private study, mainly of physics theory, physics history and philosophy since these remained strong interests. Later I successfully completed two part-time post-graduate studies in Law or more precisely in Socio-Legal Studies. And in 1987 I successfully completed a BSc Honours at London’s City University in Sociology with Economics, the first year of which included Philosophy. The excellent Philosophy Professor tried hard to convince me to major in Philosophy, but I somewhat reluctantly felt the need for a degree with a better chance of helping to feed the family that I had recently started and the university was under government funding and other pressure to stop teaching Philosophy which it soon did.

Between a perhaps strange mix of various studies, I did a maybe stranger mix of full-time jobs for money and part-time activities for interest.When young I was for a year or two a published poet and tried other writing. I also looked into a range of politics and was for a time a successful mainstream political activist. And I looked into religions and even nearly started my own new religion. My first job application attempt around 1959/1960 was for Computer Programming with the then big multinational Rank Zerox, and from its IQ test they told me that nobody who worked for them or had applied to work for them had ever scored an IQ as high as me. That was my first IQ test and they failed me on the job application, so I took it that they did not hire ‘too intelligent’ people. My actual jobs to date in England have been a strange mix indeed – including 1 year as a Postman, 1 year as an Art College Model, 1 year in Pharmaceutical Shipping, 2 years in Construction Materials, 5 years in government Unemployment Benefits relating mostly to the poor and 15 years in government Affordable Housing / Social Housing Finance relating mostly to housing the poor as an ‘Economist’ concerned largely with financial computer systems. But by UK Treasury invitation, as their seeing myself as one of the UK's top economists then, I became a member of the UK government's economy forecast thinktank for some years helping their Treasury produce UK economy forecasts used by UK government and businesses for planning. It paid nothing more on my government quango Economist salary but gave some nice days working with some top economists, and at times our forecasts made national news and maybe did some little good. Today I am still working, partly as a rather unsuccessful shopkeeper and partly as a website and computer software writer.

In recent years I have made and maintained a rather strange range of hopefully useful websites based on what I have learned from my strange mix of education, jobs and activities ;

1. New Science Theory on physics theory history and my own science ideas.

2. World Poverty on causes and possible solutions for poverty worldwide.

4. Wilmots on learning and recreation including forums and store.

5. How To Kiss on clear simple relationship advice.

While I take new-science-theory.com as my main interest now, all of these websites and one or two others are ongoing projects of mine that some people do seem to really value, and I have also made a few other minor websites for myself and for others. Some more will hopefully follow, possibly on other strange subjects, in the near future life of this Irish man. For those truely interested in real science and especially real physics, I now have a new edition of my science website as an Ebook and a paperback book New Science Theory, and I have published a new improved English translation of William Gilbert’s Latin 1600 remote-control science ‘De Magnete’ also as a paperback combined with it as ‘On The Magnet’. Also my ‘World Poverty in the 21st Century’. My paperbacks or ebooks I publish through LULU.com who supply the latest versions and may be the only source of ebook versions though Amazon and other book sellers do also market my paperbacks. My son Adam now writes SciFi and may soon make a good new science fiction playwright. Also my new improved 2015 English translation of William Gilbert’s 1600 Latin remote-control science ‘De Magnete’ as ‘On The Magnet’ you can buy at https://www.lulu.com/shop/search.ep?keyWords=%22on+the+magnet%22&type=

I am now aged a young 78 and currently working on updating my main websites for 2020. I am on Twitter as @vwilmot or email vincent@new-science-theory.com or write Vincent Wilmot 166 Freeman Street Grimsby Lincs DN327AT UK